There are no news items at the moment

Our new state-of-the-art, indoor Swing Room has now opened for members use.

The GC Quad is the market leader in golf simulation. Enjoy all the excitement of a round of golf but in the comfort of the Clubhouse! No wind, no rain and close to the bar!

Not only is this a game changer for tuition and custom fitting, it also allows you to practice using the best technology available and even play a round of golf on some of the world’s best courses.

Lots of great bargains in store with 25% reductions on certain items and up to 50% off summer shoes! See Andy or Ben in the store.

At the weekend, Redditch Golf Club Juniors won their final West Midlands League game at Edgbaston GC to win the division overall, testimony to all their hard work, commitment and endeavour. POSITIVITY in action! Absolutely fantastic, well done to everyone involved.

It was fitting that our Junior Captain, Ethan, who remained undefeated in both leagues, had it fall to him to make the last putt, on the last hole, in the last match, to secure the West Midlands League victory….a nice way for him to bow out of his Captaincy. 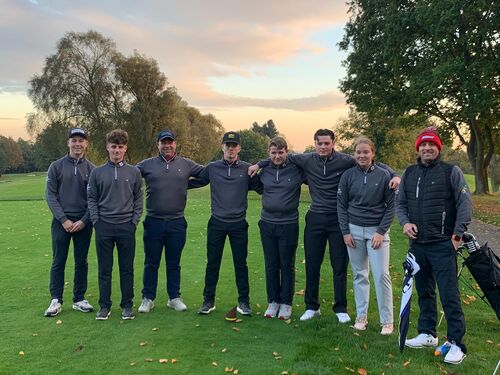 The winning team at Edgbaston GC.

With a successful season under their belt, congratulations go out to the whole squad who have played such an important part this season. Namely, Ethan Clement (Captain); Dylan Drumm (Vice-Captain); James Humphries; Thomas Griffiths; James Browning; Eleanor Dicken; Callum Read; Aiden Cuneen; Olly Ansell, and Charlie Thorpe - What a team!!!

What Others Say About Us

Sign up to our newsletter to keep up to date with all of our latest offers and events.